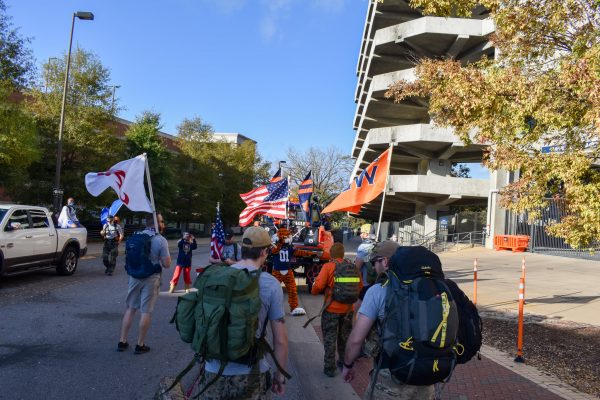 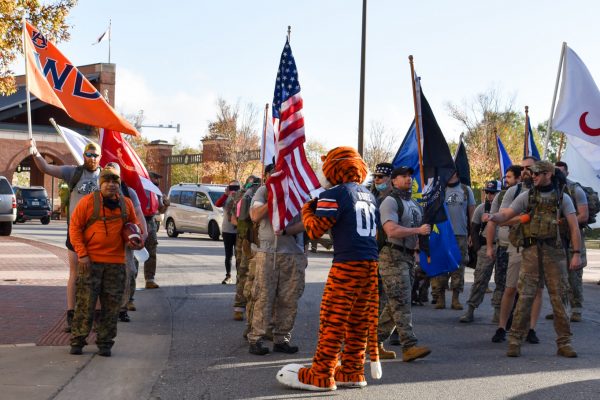 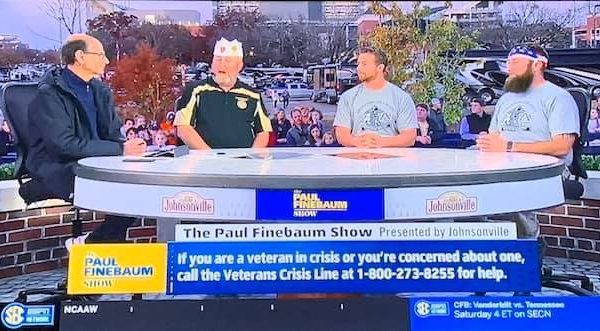 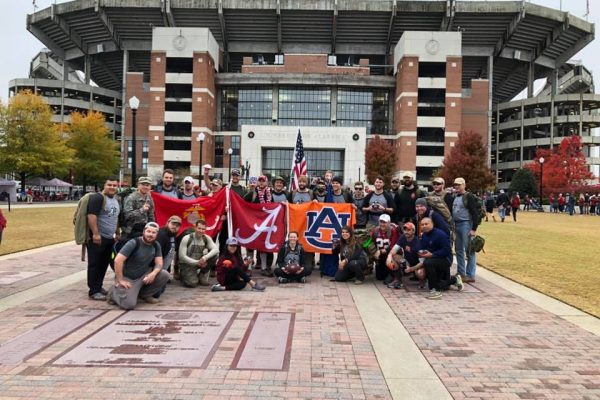 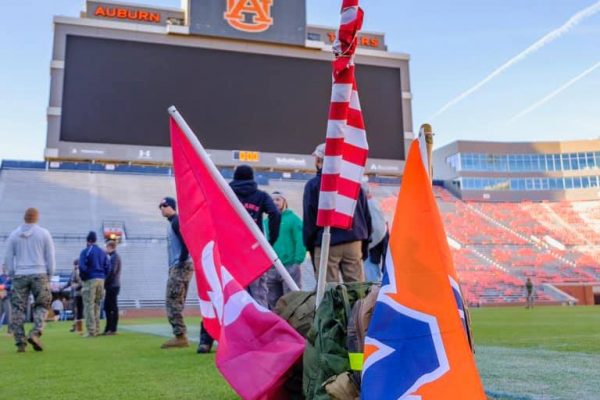 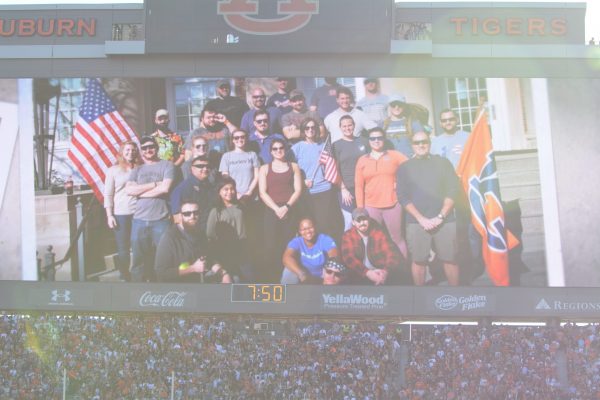 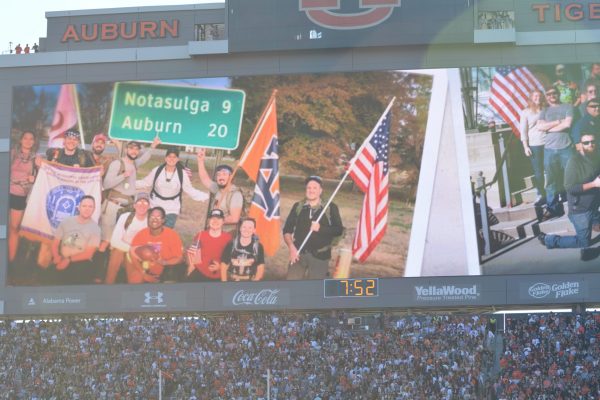 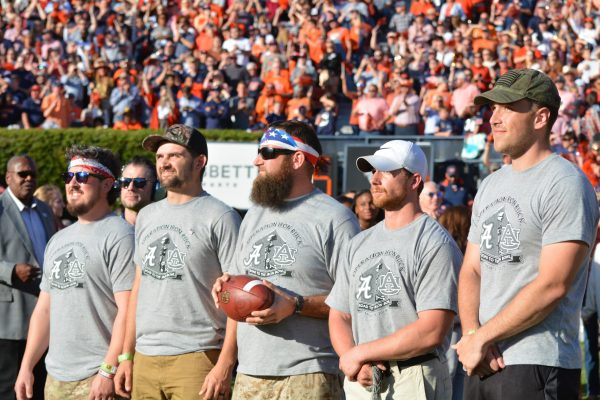 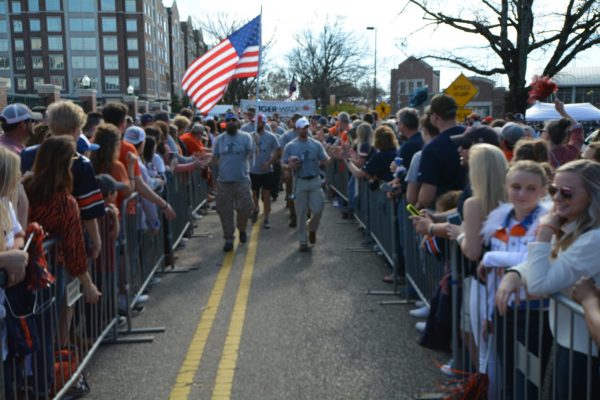 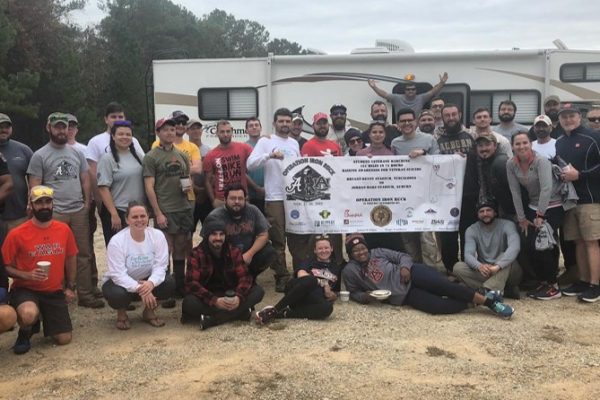 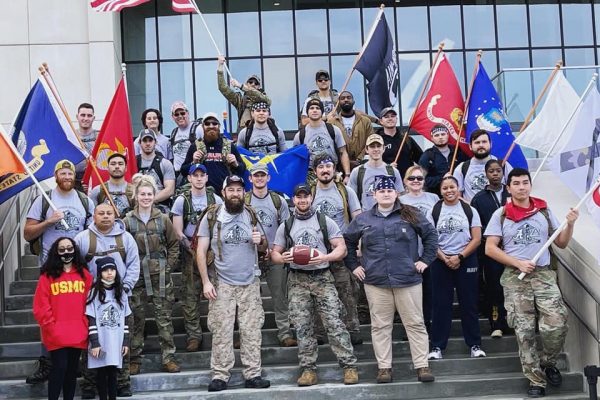 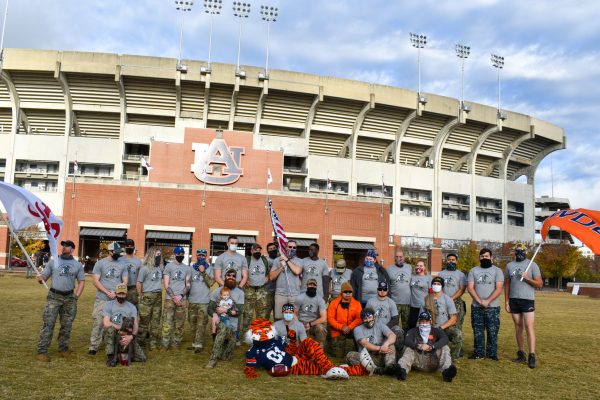 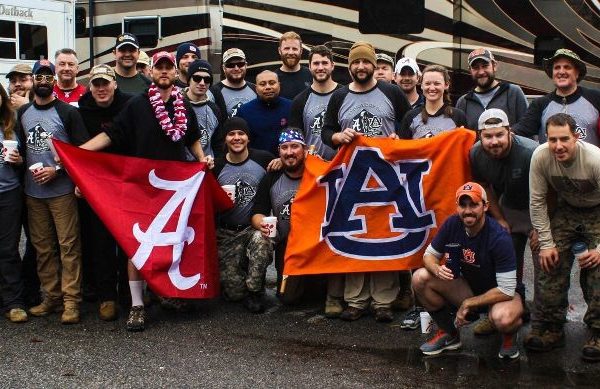 The VA estimates around 22 veterans per day commit suicide. Today a team of student veterans from Alabama and Auburn visited the show to share solutions, and we can't thank them enough.

epidemic among the veteran population by means of a 151-mile

awareness campaign. By bringing the issue to the public

we seek to: unite veterans with community,

Each fall, the ruck march starts at the visiting team’s stadium and ends at the home team’s stadium. For 2021, we will start at The University of Alabama’s Bryant-Denny Stadium on Wednesday, 24 November, and walk approximately 151 miles to Auburn University’s Jordan-Hare Stadium completing the march on Saturday, 27 November. The march is completed in shifts and consists of rotations between marching, resting, and supporting. Each shift would last the time it takes the current marching shift to complete the approximately 7 miles. Participants carry a 22 lb. ruck-sack, to coincide with the **Mission 22 suicide campaign**. The packed ruck will consist of toiletries, undergarments, and other items collected by the athletics and veteran’s organization departments to be donated to Alabama Veteran Organizations (TBA) & Three Hots and a Cot.

The marchers will also pass around and carry an “Iron Bowl Game Ball” between stadiums. 2021 OIR will continue the dog tags containing the names of Alabama Veterans that have succumb to suicide and their family members have asked to be memorialized during the march.

At the completion of the march, the Alabama Marine Foundation will have a welcome party at their parking lot. At game time, the game ball would be presented by officers of each university’s student veteran organization at midfield to game officials.

0630 – Stage vehicle support outside the stadium for departure

0730 – Ceremonial sendoff (all marchers) at Jordan-Hare Stadium with Color Guard. (Will march all together for first 3 miles to a staging area where sticks will be broken up).

1030 – Arrive in Auburn outside campus to welcome party.

TBA (1 hour before game time) – Officers from each school’s veteran’s association march to Jordan-Hare Stadium with the game ball for presentation.